I had this curtain professionally made for my first apartment: it's a crisp, versatile fabric with "vivid pastels" that can be made girly, fun (I used fun fish as a complementary print), or- I was thinking hypothetically- in a baby's room. It's the size of a regular shower curtain, but very full, so that the fabric hangs in soft waves to off-set the block print. Every few inches, a stitched button hole is placed to hold a curtain ring or a shower curtain ring. It's made to let some light through if used as a curtain (though you could hang a white blackout curtain behind); as a shower curtain you'd need a liner of some sort. I've shown it in the pictures with both solid background (like an opaque white liner) or with a clear one/ no inner curtain. 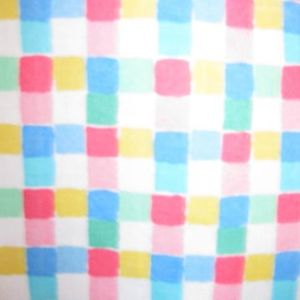 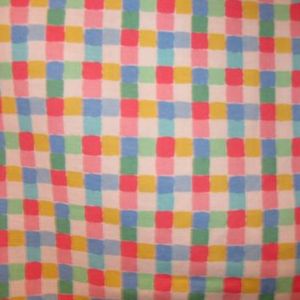 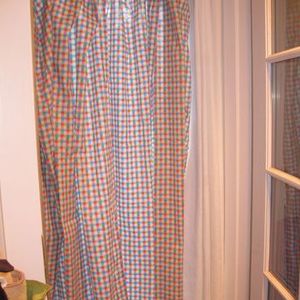 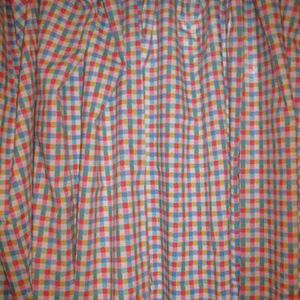