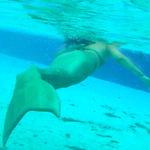 "The Austin Powers series is a series of three action-comedy films â€“ Austin Powers: International Man of Mystery (1997), Austin Powers: The Spy Who Shagged Me (1999) and Austin Powers in Goldmember (2002) â€“ directed by Jay Roach, produced, written by and starring Mike Myers as both the title character and the main antagonist Dr. Evil, and distributed by New Line Cinema. The franchise parodies numerous James Bond, Derek Flint, Jason King, and Matt Helm films, characters, and incorporates a myriad of other elements of popular culture as it follows the British spy's quest to bring his nemesis to justice." -summary from Wikipedia :)

ADORABLE! Kitty face on one side. Blue polka dots on the other. Zip closure. Keychain. "Meh" because i've had it a while and there are a couple loose stitches at one end. Would only take a hot second to reinforce with a sewing machine but mine is currently busted :(

What PachaMama wants in return

What PachaMama wants in return

Gorgeous lingerie! Stretchy. Sheer. Sexy! By: Frederick's of Hollywood. Light padding at bust. Adjustable straps. Tried on, never worn. Fits more like an M/L. Garters attach to any black stockings you already own. If you don't have any, I will include a pair.

Pretty in Pink. Flattering bustline features touch of ruching on sides. But I've decided it's too girly for my style. Brand: Anchor Blue. Slight wear, but free of stains, tears, holes or any defect :)

NEW IN PACKAGING. Translucent powder works on many skin tones. Comes with its own brush. Keeps you from having an oily/shiny look year-round (especially now in this heat!)

This is a small or mini art print. Matted print is a scene of the Seine river. In the background, you can see the Eiffel tower. Features hardware on back so its ready to hang. Purchased on a Paris trip years ago "Good" because was is storage for a while. It did have a glass over it that got chipped so i threw the glass away. Doesnt affect the print though :) 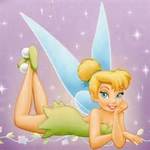 Features small beads in ocean blue & white. Closure is with a real seashell. Adjusts to three different lengths. Perfect for surf girls or just any girl dreaming of being at the beach :)